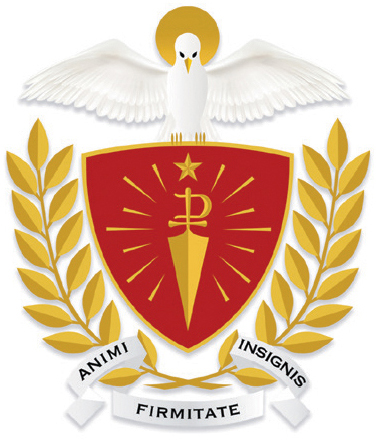 Coláiste an Spioraid Naoimh is a Catholic boy’s school under the trusteeship of the Presentation Brothers School Trust (PBST). The gospel values of love, justice, freedom, mutual respect and hope underly all interactions within our school community. This policy is situated within the broader context of the School Mission Statement of Coláiste an Spioraid Naoimh and the PBST Charter Document.

– A positive school culture (see Appendix A) and climate which-

Bullying is unwanted negative behaviour, verbal, psychological or physical conduct, by an individual or group against another person (or persons) and which is repeated over time.

It is also recognised that bullying can take place outside the school premises – such as on the way to and from school and on social network sites. The school reserves the right to deal with such issues when there is a clear connection with the school, and/or a demonstrable impact on its aims, work reputation and/or personnel (both student and staff).

The following types of bullying behaviour are included in the definition of bullying:

Specific examples of bullying behaviours (this list is not exhaustive)

General  behaviours which apply to all:

Including any of the nine discriminatory grounds mentioned in Equality Legislation  (gender including transgender, civil status, family status, sexual orientation, religion, age, disability, race and membership of the Traveller community).

Race, nationality, ethnic background and membership of the Traveller  community:

This involves manipulating relationships as a means of bullying. Behaviours include:

Isolated or once-off incidents of intentional negative behaviour, including a once-off offensive or hurtful text message or other private messaging, do not fall within the definition of bullying and should be dealt with, as appropriate, in accordance with the school’s code of behaviour.

Negative behaviour that does not meet this definition of bullying will be dealt with in accordance with the school’s code of behaviour.

Allegations of bullying of a student by a teacher or of a teacher by a student should be referred to the Principal.

When an incident of bullying involves students from more than one class group, two or more relevant teachers (class teachers) may work together to investigate and deal with the bullying incident.

When a teacher other than the relevant teacher (for instance a subject teacher / year head / SNA / non-teaching staff member / member of the senior management team) is made aware of an incidence of bullying, the incident will always be referred, in the first instance, back to the relevant teacher for investigation. The relevant teacher may, however, call upon one or more of these other staff members to assist him/her in investigating the incident. The year head and/or Deputy Principal may be called on to assist in investigating more complicated cases and it is recognised that the guidance teacher may have an important role to play.

Whenever possible, the Principal will only become actively involved in cases where a DES Standard Template for recording Bullying Behaviour (Appendix C) is being completed (that is in cases where the bullying behaviour has not been adequately and appropriately addressed within 20 days after the bullying behaviour occurred). The emphasis will be on attempting to resolve bullying issues at the ‘lowest level’ possible. Nothing in these procedures, however, precludes the relevant teacher from keeping the year-head or senior management team informed of bullying incidents.

The SPHE and CSPE curricula will be fully implemented and the school will continue to move towards the full implementation of the RSE Programme at senior level. Specific units dealing with bullying will be taught in the SPHE syllabus at Junior Cycle and in RSE at senior level.

Links to other policies within Coláiste an Spioraid Naoimh

Ensuring a thorough and successful investigation: It must be recognised that the success of any investigation into an alleged bullying incident is often dependent on the quality and detail of the information supplied to the relevant teacher(s) by the student(s) or parent(s) making the allegation. It is generally the case that names must be provided if an investigation is to be progressed effectively. Experience shows that successful investigations often prove impossible in the absence of the names of the alleged perpetrators.

First steps in the investigation: The alleged victim and the alleged perpetrators of the incident (along with other students who may be able to assist in the investigation of the incident) will be interviewed by the relevant teacher(s) and encouraged and facilitated to solve the problem. When adjudged necessary, written statements may be sought from the parties involved.

Focus will be on resolution rather than blame: The primary aim in investigating and dealing with the bullying incident will be to resolve any issues and to restore as far as is practicable the relationships of the parties involved (rather than to apportion blame). In some circumstances, the pupil or pupils concerned will have access to a school guidance counsellor.

Parents will be contacted: In any case where it has been determined by the relevant teacher that bullying has occurred, the parents of the parties involved will be contacted to inform them of the matter and the actions being taken will be explained to them.

Sanctions: In cases where bullying behaviour has not been adequately and appropriately addressed within 20 days after the bullying behaviour occurred and where it has been, therefore, necessary to complete a Template for Recording Bullying Behaviour, a sanction may be imposed by the Principal or Deputy Principal.

Depending on the seriousness of a case sanctions may include:

–        other sanctions as may be deemed appropriate

Principal will report to Board of Management: At least once every term, the Principal will report to the Board of Management on the overall number of cases since the previous report where an incident of bullying has led to a DES Standard Template for recording Bullying Behaviour being referred to the Principal or Deputy Principal and he will provide confirmation that all of these cases have been, or are being, dealt with in accordance with the school’s anti-bullying procedures and in compliance with the DES’s Anti-Bullying Procedures for Primary and Post-Primary Schools.

Board of Management Review of its Anti-Bullying Policy: As part of its oversight arrangements, the Board of Management will undertake an annual review of the school’s anti-bullying policy and its implementation by the school. The standardised DES checklist will be used for this purpose. Written notification that the review has been completed will be made available to school personnel, published on the school website and provided to the Parents’ Association. A record of the review and its outcome will be made available, if requested, to the patron and the Department.

8. Supervision and Monitoring of Pupils

The Board of Management confirms that appropriate supervision and monitoring policies and practices are in place to both prevent and deal with bullying behaviour and to facilitate early intervention where possible.

(Note that the Schools Broadband Programme has blocked all social networking sites on the basis that they waste time and take up too much of the bandwidth which has been provided for educational purposes only).

The Board of Management confirms that the school will, in accordance with its obligations under equality legislation, take all such steps that are reasonably practicable to prevent the sexual harassment of pupils or staff or the harassment of pupils or staff on any of the nine grounds specified i.e. gender including transgender, civil status, family status, sexual orientation, religion, age, disability, race and membership of the Traveller community.

12. This policy and its implementation will be reviewed by the Board of Management once in every school year. Written notification that the review has been completed will be made available to school personnel, published on the school website (or where none exists, be otherwise readily accessible to parents and pupils on request) and provided to the Parents’ Association (where one exists).  A record of the review and its outcome will be made available, if requested, to the patron and the Department.

Signed by Chairperson of the Board of Management.

Click Here
We use cookies on our website to give you the most relevant experience by remembering your preferences and repeat visits. By clicking “Accept All”, you consent to the use of ALL the cookies. However, you may visit "Cookie Settings" to provide a controlled consent.
Cookie SettingsAccept All
Reject All
Manage consent